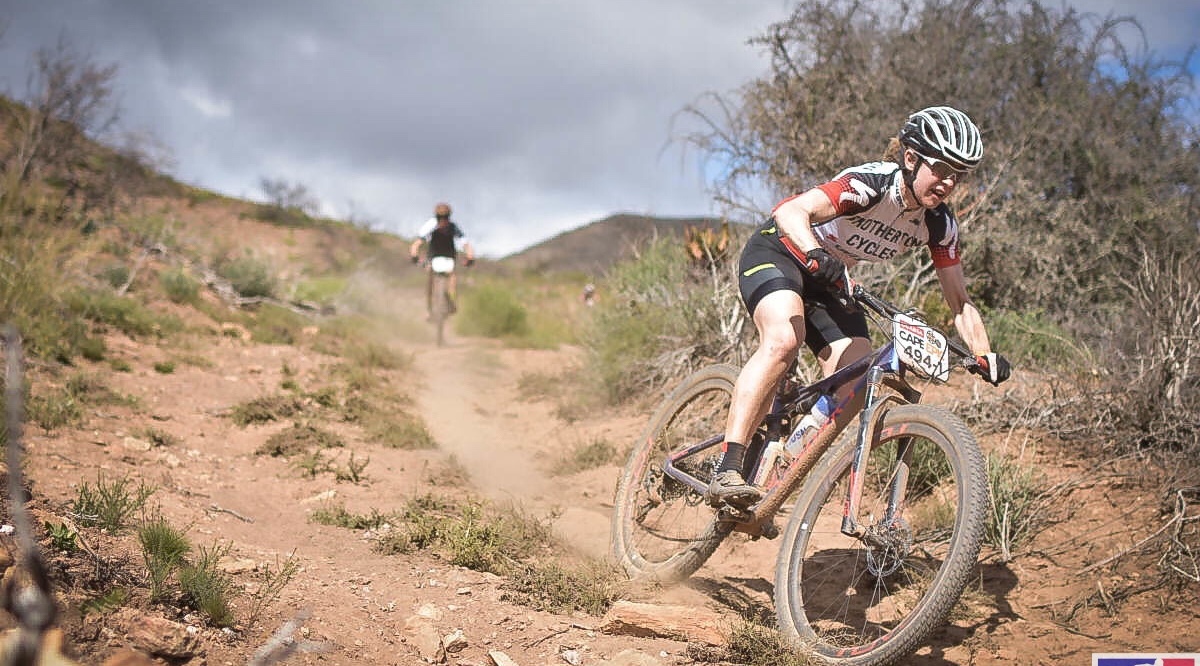 Weather: cloudy initially at a cool 20deg then full on sunshine at 28deg. Powerful Tail wind!

The finish line seemed to come too quickly today. A day of fast trails interspersed with steep climbs. As most of the climbing was done in the early part in the day, the latter half felt so quick, and suits the kind of legs that Sportstest training gives you – mile mashing I like to call it. Michael was lavishing this last section. We were often in friendly company, all supporting and helping each other through the day. 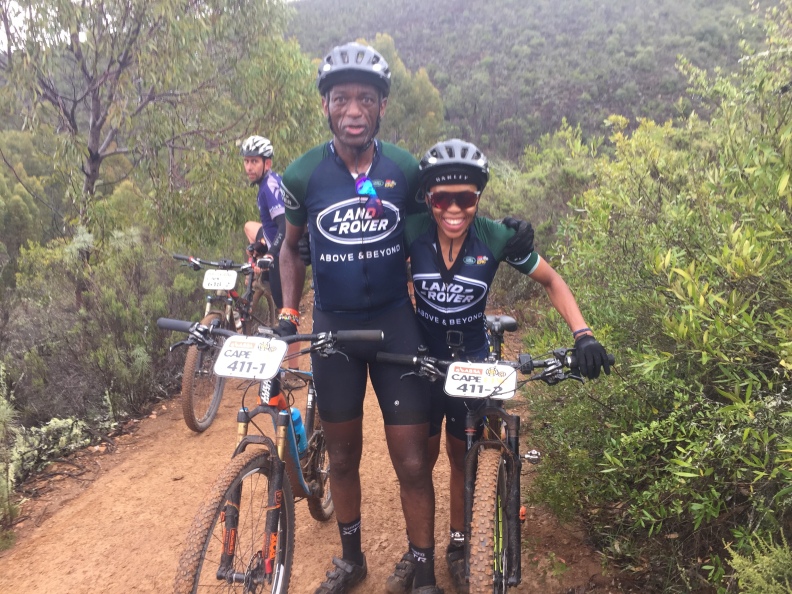 Not quite an incident free day but no real dramas. There was a particularly steep climb that had everyone on the limit of their humour, I had a little chuckle as a furious Flemish bloke repeatedly swore (in Flemish) at his bike when the gearing jumped, causing him to dismount suddenly, he was real mad. The dry powder dust gets everywhere, stripping oil and changing the functionality of the drive chain. These big blokes are quite unsympathetic on their equipment, instead of nursing the gear change through the tough bits.

We’ve moved locations, now tenting in Worcester for the night, moving on again tomorrow. Hardest day apparently tomorrow, lots of rocks, but ends with a big tarmac climb. You soon crave tarmac after kilometres of rough rocks or power sapping sand, and then it’s a down hill finish, so it’s an easy end to the day, as long as you make it that far! 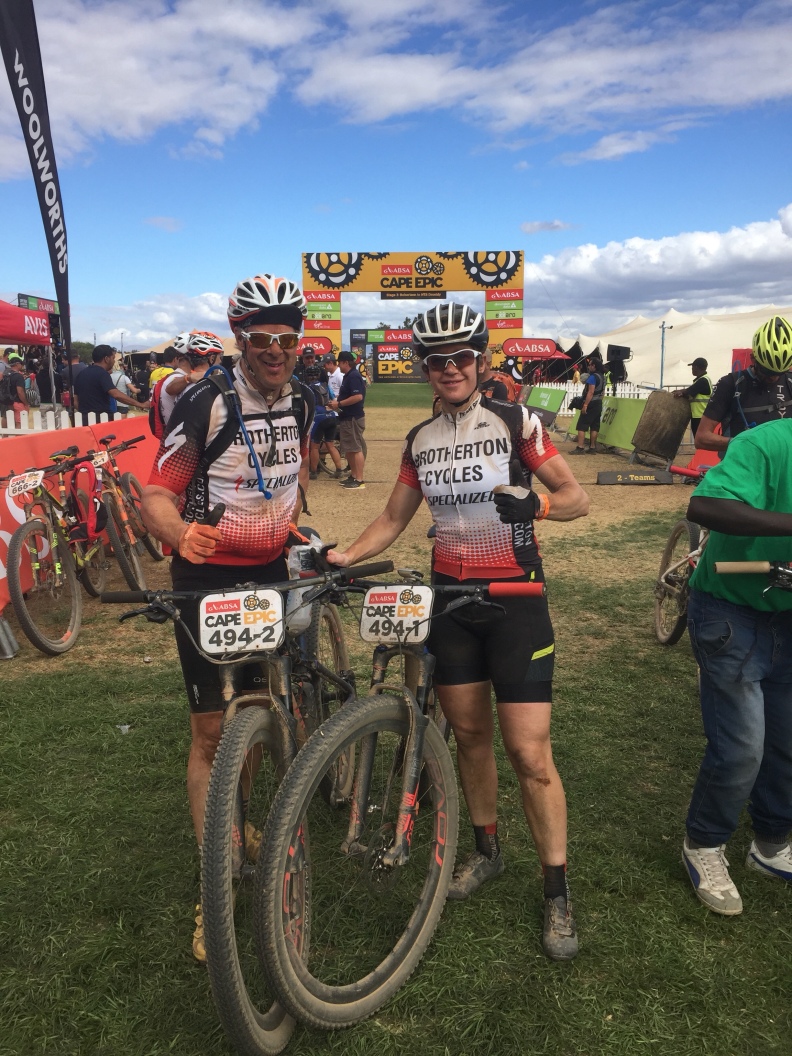 Summary: The easiest stage for me so far – I guess tail winds are good for small people and the temperatures were British friendly.